Visitors 1
12 photos, 1 videos
In 2022, while participating on a conservation photography event with the Wild Tomorrow Fund, we did volunteer work at the @zululandrhinoorphanage @zululandconservationtrust.
We helped prepare food for the orphans as well as helped with some of the daily chores to clear the animals stalls, rake up thorny bushes.
We got to hand feed the baby Rhinos Leko and Tweed. Leko, the larger 1 year old Rhino, was brought in a few days old as his mum had an infected udder and couldn't feed. Tweed, the smaller 2 month old Rhino, was found near his dead mom's body, she died likely to poaching.

The orphan Hippos are Moomin and Charlie. Moomin, the smaller female Hippo, was an orphaned hippo from the eastern Cape, she was brought in as a companion for Charlie. Charlie, the larger male Hippo was inherited from Thula Thula Orphanage after they were attacked and had to be relocated. The Hippo's are semi-wild having their own open area within the orphanage to wander, they cannot be fully released as Charlie would not survive against other Hippos his age.

Charlie and Me, making new friends 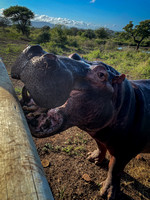 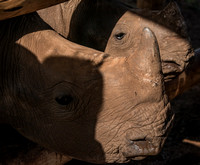 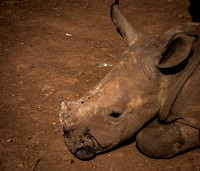 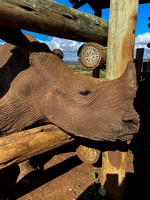 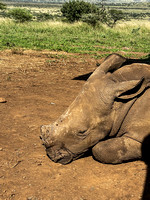